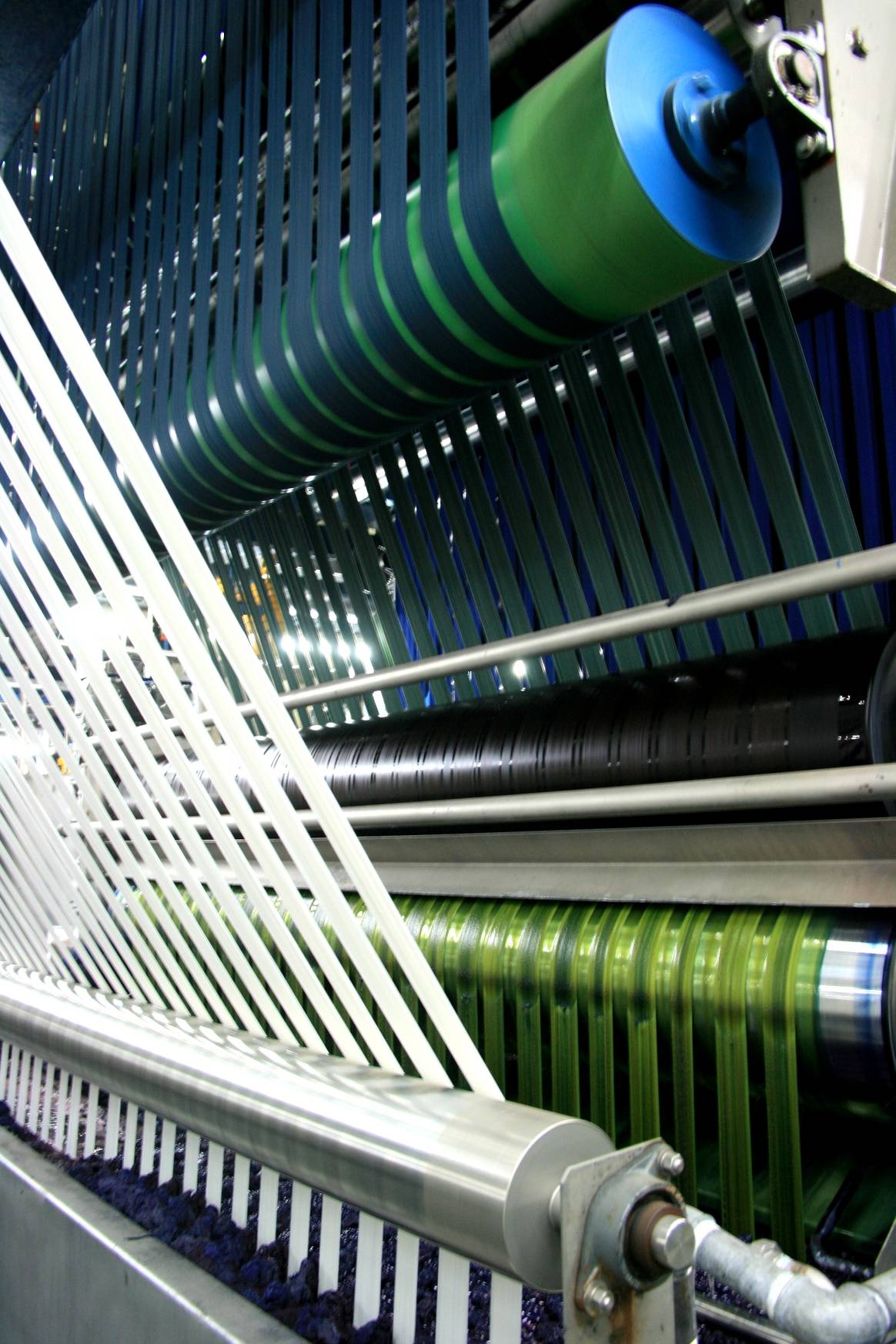 “It is essential for us to be able to drive positive change in fashion and ultimately in society,” said Isko CEO Fatih Konukoglu, referring to the company’s mission. “Everything we do, here and around the world, is focused on that: it’s a passion, a vow to never stand still.”

Konukoglu’s big ambitions are mirrored by the staggering scale of the Turkish denim manufacturer, which was founded in 1983 and now distributes its materials to over 60 countries, boasting a production capacity of 250 million metres per year. Its focus is on innovation and sustainable manufacturing methods, two elements the company prides itself on as it continues to grow and develop.

“Sustainability for us is the whole package, and starts from buying to manufacturing to shipping,” said Baris Ozden, Isko’s research and development manager, who has been with the company for 26 years. Speaking to FashionUnited at Isko’s headquarters in Bursa, Turkey, Ozden touched on the company’s dual commitment to both circular manufacturing and freedom of design, which he said go hand-in-hand. It is this characteristic that plays a prominent role throughout Isko’s manufacturing and the company’s only distribution facility.

Almost all of Isko’s denim production process puts an emphasis on efficiency and sustainable practices. For its indigo dying procedure, for example, the factory team is tasked with achieving each desired hue in the most efficient and sustainable way possible, which means minimum waste and disruption.

Several stages make up the dying process, including the use of traditional rope dyeing methods. For indigo dying for example, oxygen is used for the colour change, a key factor in the process, with a machine that raises the ropes upwards and exposes them to 42 seconds of oxidation before lowering them and repeating the process. As the system moves on, the ropes visibly transition from a dark green to an indigo and are then checked to make sure the desired colour has been achieved. A camera above the final product at the end of the process takes 100 images over one minute to further verify the correct colour has been achieved.

At the site, there is seemingly no evidence of water or chemical usage as both are pumped through concealed overhead pipes via an automated 24/7 system, overseen by engineers. Any fault could require the machines to completely halt, disrupting the process and causing a waste in materials – however, Ozden noted that the chances of this happening are less than 0.2 percent, fortunately.

The company’s weaving system also operates on a 24/7 basis, only pausing on special holidays. Before being sent to be woven, ropes are hand and machine separated into singular threads by nimble fingered women, for the rolls to then be passed on to the elaborate weaving process, where workers operate the heavy machinery over three shifts.

Next is Isko’s sampling and pattern facility, which has the capacity to produce 10,000 garments a day. Its head of creative room services, Ertugrul Konukoglu, said the company hopes to increase that number to 15,000 by next year. “We are not just innovating fabric, we are also innovating machinery,” added Konukoglu. From March 2022, the facility began operating with automated production processes, adding a number of brand new machines, such as an automated pocket making machine, each designed with final usage in mind.

Innovation is evident throughout Isko’s production process, from its 40 metre high distribution centre, lined wall-to-wall with rows of material and powered solely by machines, to its washing facilities, through which a team combines multiple technologies to achieve various denim washes. “Everyday we are trying to reduce our water and chemical usage with alternatives,” said research and development manager Ozden. “We are saving up to 90 percent water usage in comparison to typical processes.”

And to power all of this – a quick walk up to the top of Isko’s facilities will reveal one of the largest roof-top solar panel stations in Turkey, as Ozden noted. Spanning over its extensive breadth of buildings, the panels produce enough electricity from the beaming sun for its entire production process, providing two megawatts per day.

All of this innovation comes together in Isko’s showroom, which is home to the company’s endless product archive, from its first-ever collaborative collection to its most recent creations, such as its co-created line with Paolo Gnutti, founder of Italian manufacture PG.

In line with its philosophy – as Isko puts it – the company provided its denim to Gnutti to then unleash his creativity, giving the designer complete freedom over the final products. Speaking to FashionUnited on this new collaboration, Gnutti said he wanted to “bring a fashion feel to the clothing, while staying close to the root of the denim”. Pieces in the line implemented a number of advanced methods, including Isko’s Scratch & Jean technique, through which the company’s name is embedded into the material, and a patented technology, Isko Cosy, which gives the denim a furry interior by utilising a washed fibre technique.

Isko noted it is this mindset that it holds close to its core, allowing for free collaboration with designers and mills that can then produce unique denim collections for a variety of retailers. While Isko’s main denim line is to be released commercially and is mostly focused on the fabric, its designer collaborations allow creators to select materials and focus solely on the design aspects of final products. “We believe in the power of different disciplines,” said Ozden, noting that different laundries have different expertise and capabilities, allowing them to produce such an extensive range of denim.

So what’s next for Isko? To continue developing, the company is beginning to branch out its research into other countries. Its first step is its recently opened Product Development Centre in London, launched in May, which Ozden said will act as a good opportunity to explore new techniques and get direct feedback on Isko products. The company is also planning to open a similar product development centre in Germany this September.

FashionUnited was invited by Isko to visit its headquarters and facilities in Bursa, Turkey. 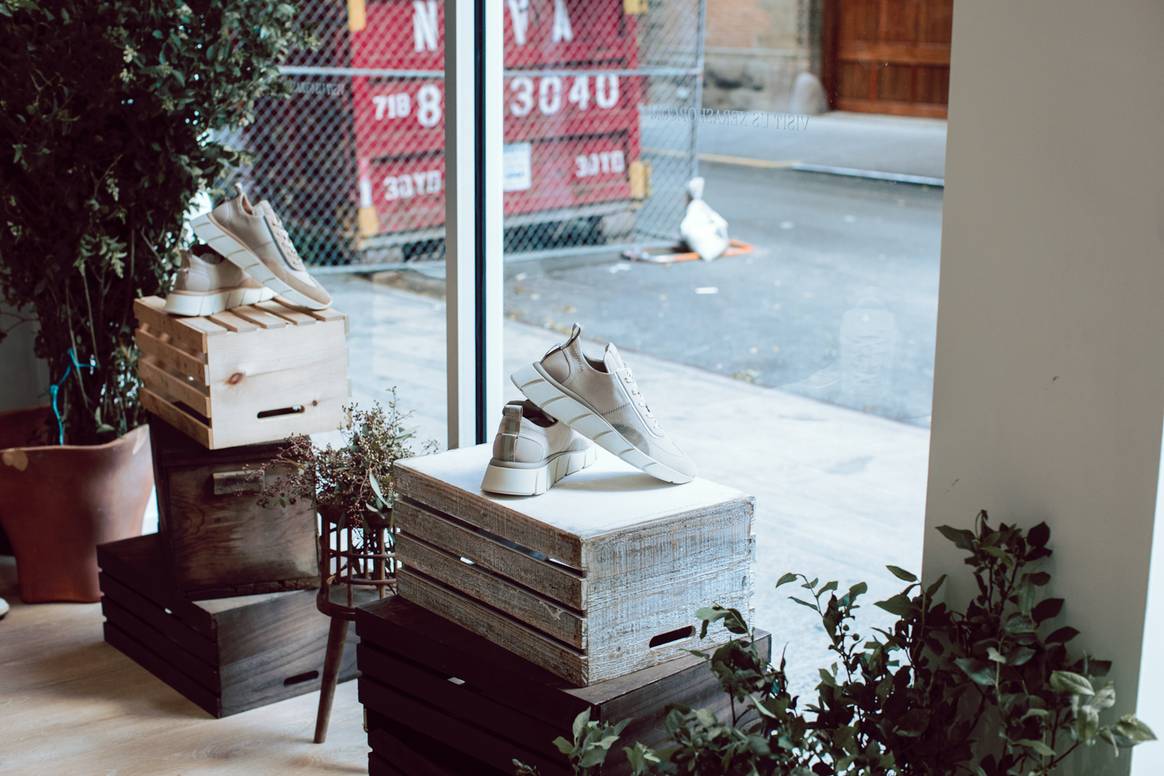