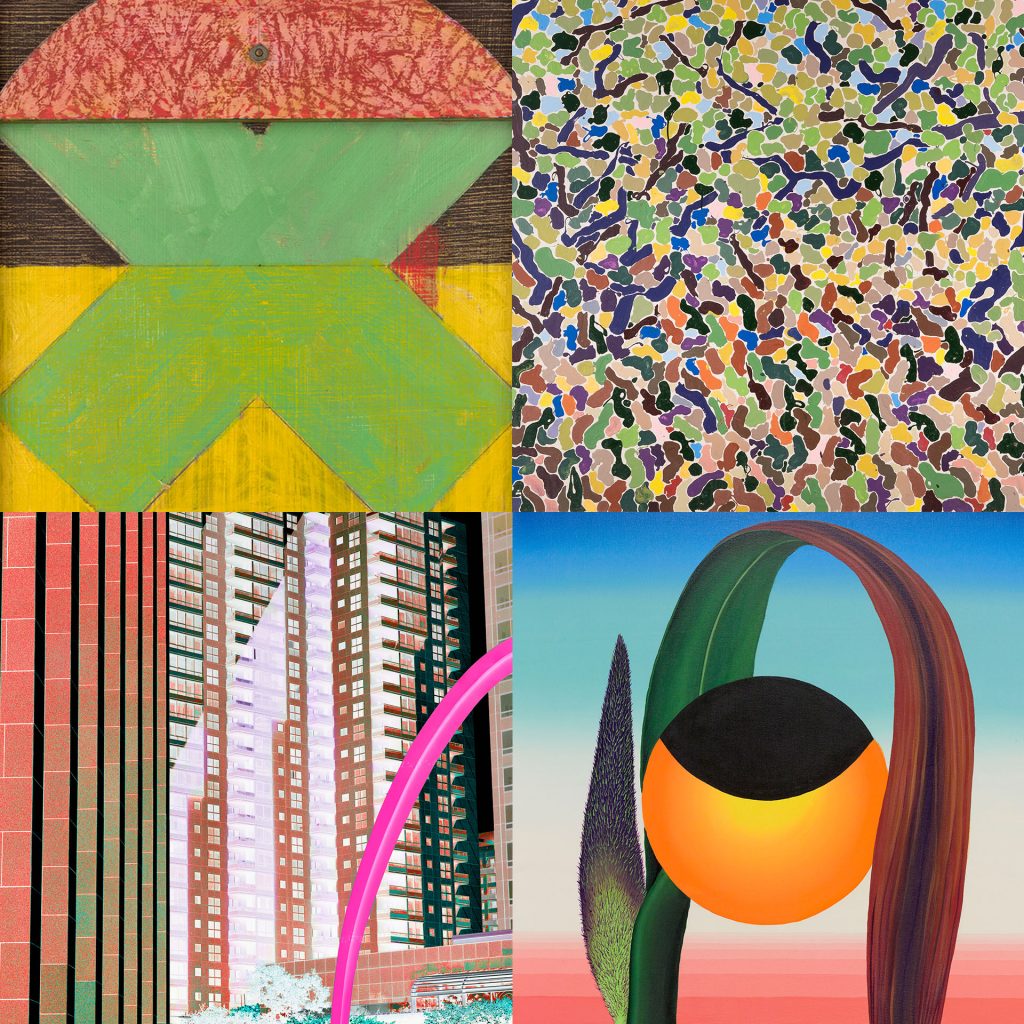 Art San Diego is returning to the San Diego Convention Center September 9-11, 2022 after a three-year-hiatus. Here at Art Business News, we will be showcasing this year’s Spotlight Artists. The Spotlight Artists are handpicked by Redwood’s curated group of art industry experts.

Catalyst Contemporary is pleased to premiere at Art San Diego and to introduce our artists to the West Coast. They are a fine art gallery focusing on contemporary art that tells stories. Located in Baltimore’s Mount Vernon neighborhood – the cultural heart of the city, Catalyst forges relationships between artists, collectors, and both creative and civic-minded individuals. 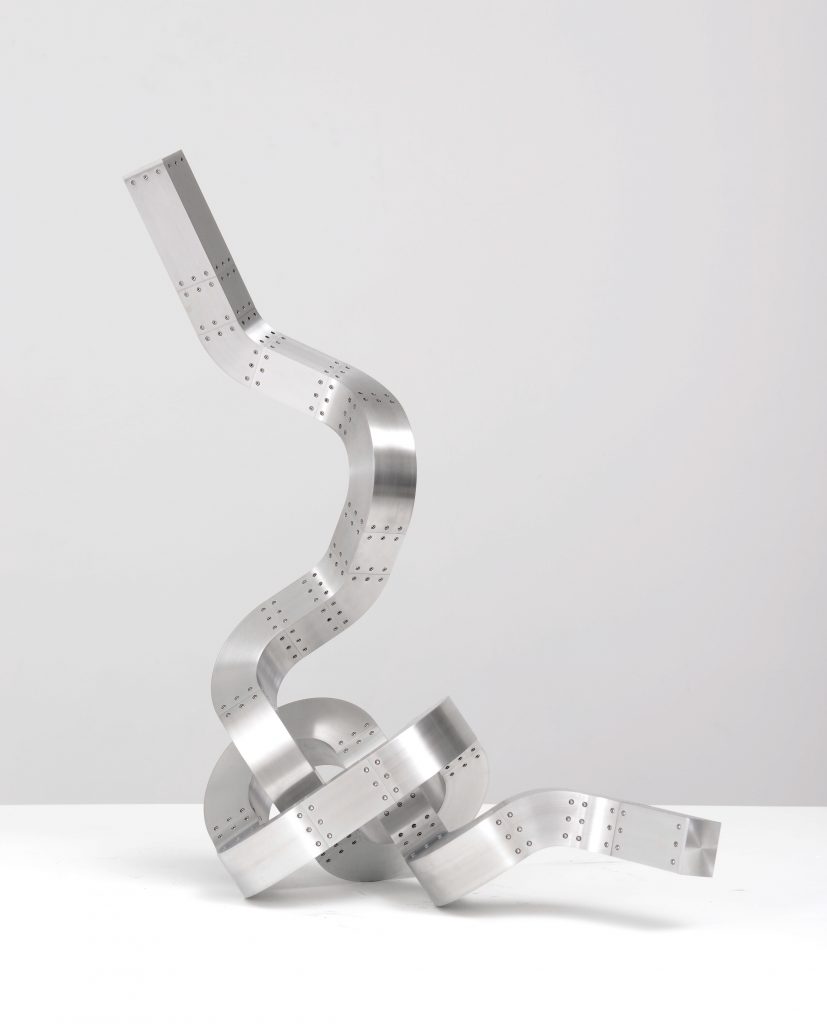 Alberto Cavalieri s a Venezuelan visual artist who, throughout his long career, has achieved renown for his monumental sculptures and public works integrated into architectural forms. His oxidized sculptures and digital drawings deal mostly with the paradox between form and matter, as well as the duality between the essence of a material, and its visual possibilities.

Metal allows him to create an overriding paradox between matter and form. It enables him to create sinuous forms that are full of life and movement, which contrast diametrically to the rigidity and structure of the steel used to make them. Knots are a metaphor for life and one of the abstract forms used. And its multiple symbolisms enrich his work and increase its scope and resonance. Knots imply human activity and have different symbolic connotations in terms of how they are used, to the point that the connotations could be contradictory and/or ambivalent.

Se Jong Cho is an environmental engineer and self-taught painter who embraces science’s counterpoint: art and creativity. She paints forms that offer intriguing entryways into the surreal, an art form that is equally concerned with reality (based in science) and with the mind’s unconscious thoughts (where creativity exists). In surrealist art, one finds juxtaposed objects and settings that make no sense. But the Surrealists were also interested in those scenarios as pathways to the unconscious and subconscious—in their terms, into one’s dreams—for in dreams one’s true nature is revealed. Fascinated by botany and the sun, Cho finds poetry in the intermingling of science and artistic creativity. 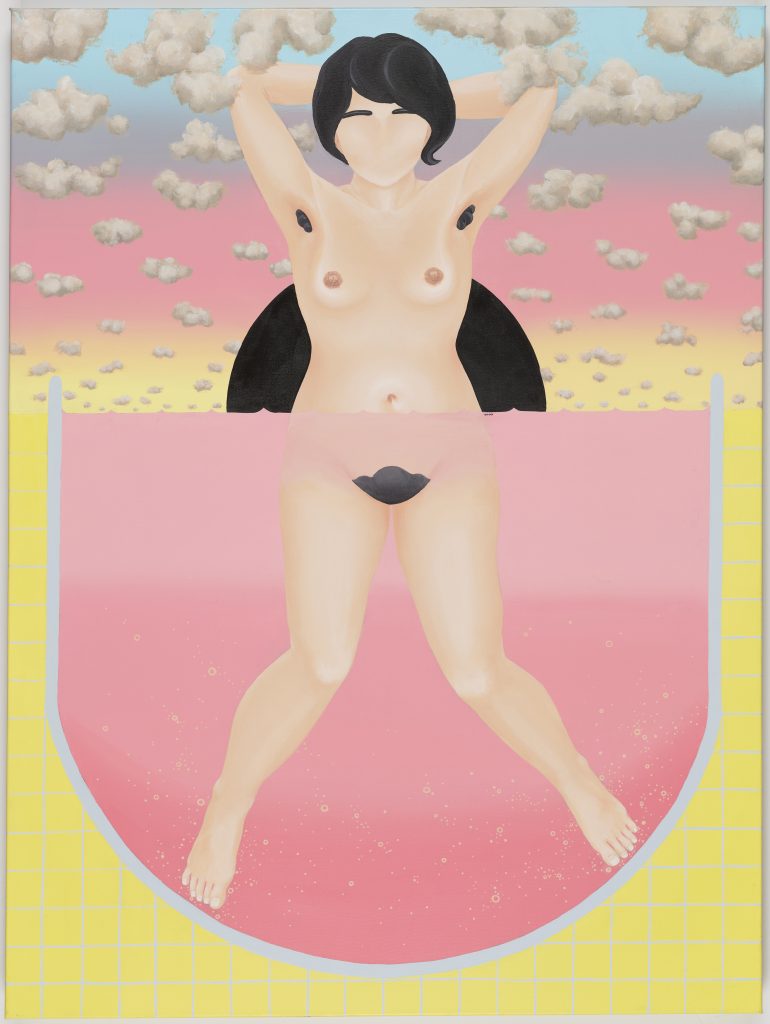 Her works sit at this intersection of dreams and reality. Cho’s paintings featuring eclipses and other celestial bodies remind us that the sun is life-sustaining, and eclipses are a spectacular and unusual reminder of its centrality. In her work, the sun brings together concerns about the fragility of human existence in a world and universe that we have no hope of controlling. It is also a universal presence in our human experience, tying our prehistoric origins to our future. 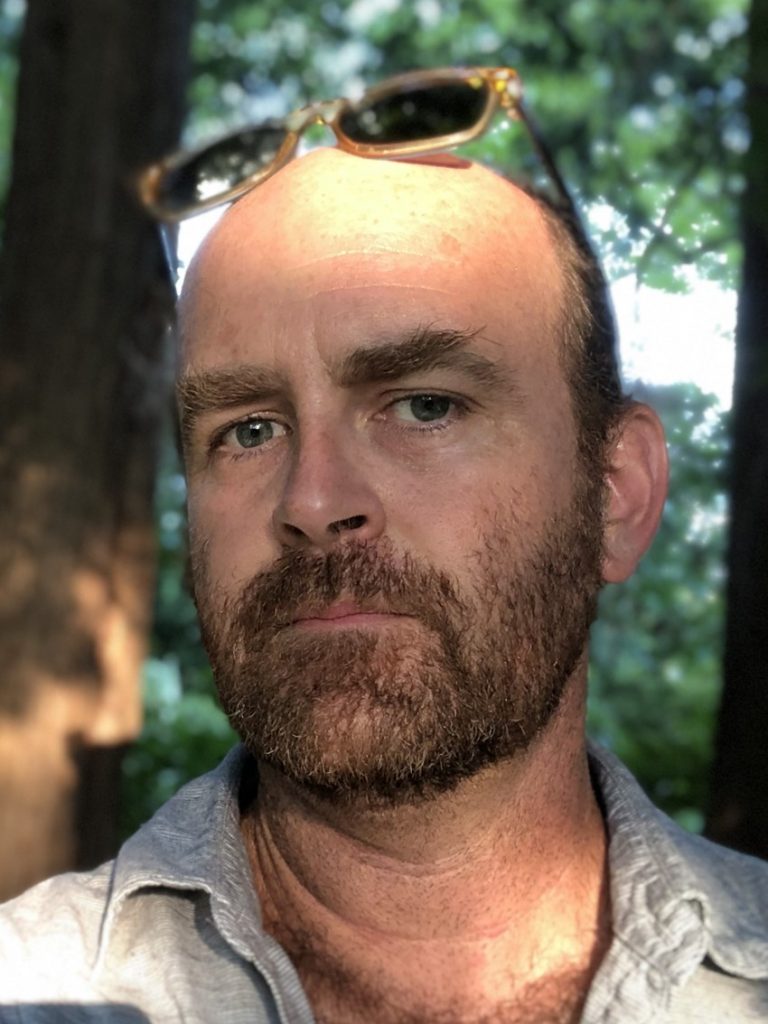 Brian P. Miller is a photographic-based artist steeped in all aspects and history of the medium. With a Mercurial disposition, his explorations in photography flit from one idea to another and back again. As a photographer, he is drawn to the moment of image-making – of light impressing upon silver, as a contemplative exercise where synchronicity exists between that which lies within and the outward perception. 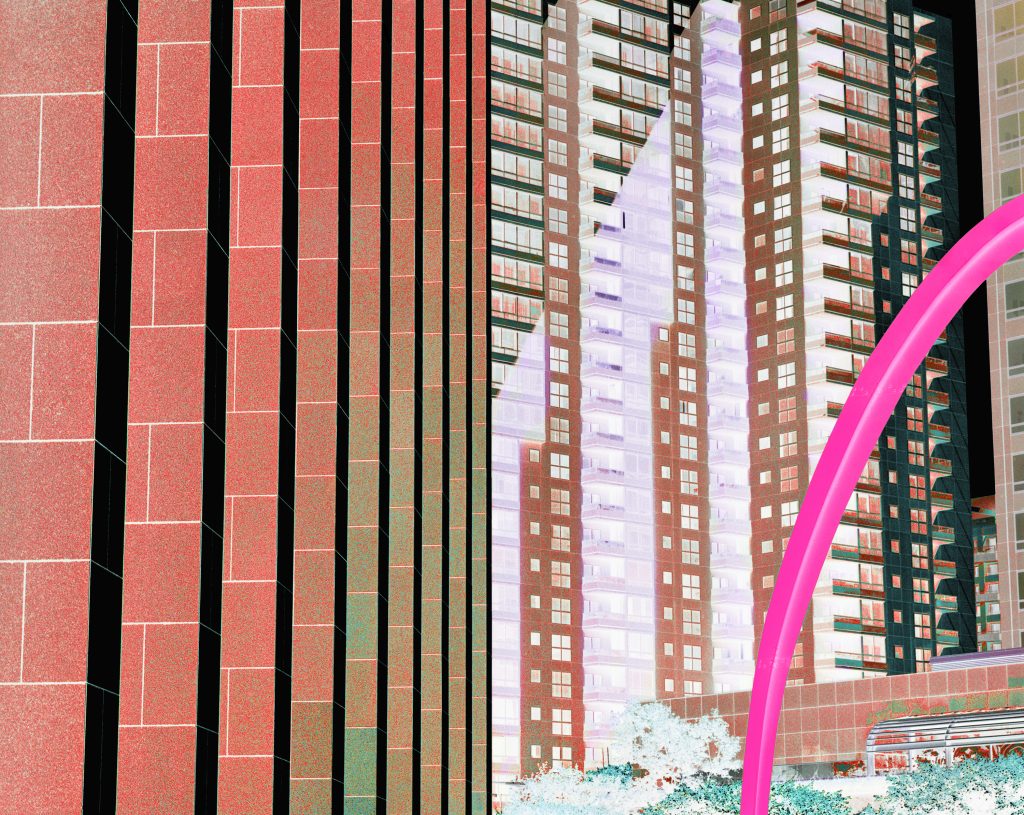 Using traditional and new imaging techniques alike, Miller works with a process that suits the needs of the work at hand. “Alt/Arc” is a series begun in 2017 and focuses on dissolving the evidence of photographic, reducing the lens and film-based imagery to graphic impressions. The brightly colored and sometimes tessellating lines and shapes in this work celebrate and call attention to urban architecture and the spatial relationships it generates as an overwhelming array of abstraction.

James von Minor is a Maryland-based artist who is internationally known for his paintings, drawings, constructions, and sculptural installations. In his work, abstract, organic forms integrate into geometric patterns and shapes. These seemingly opposite styles depend on a delicate juggling act of balance, shape, color, and pattern. Humans are predisposed to look for dualities as an organizing principle; for every idea, there is a counter idea. But Von Minor suggests that this is an artificial concept in need of deconstructing. 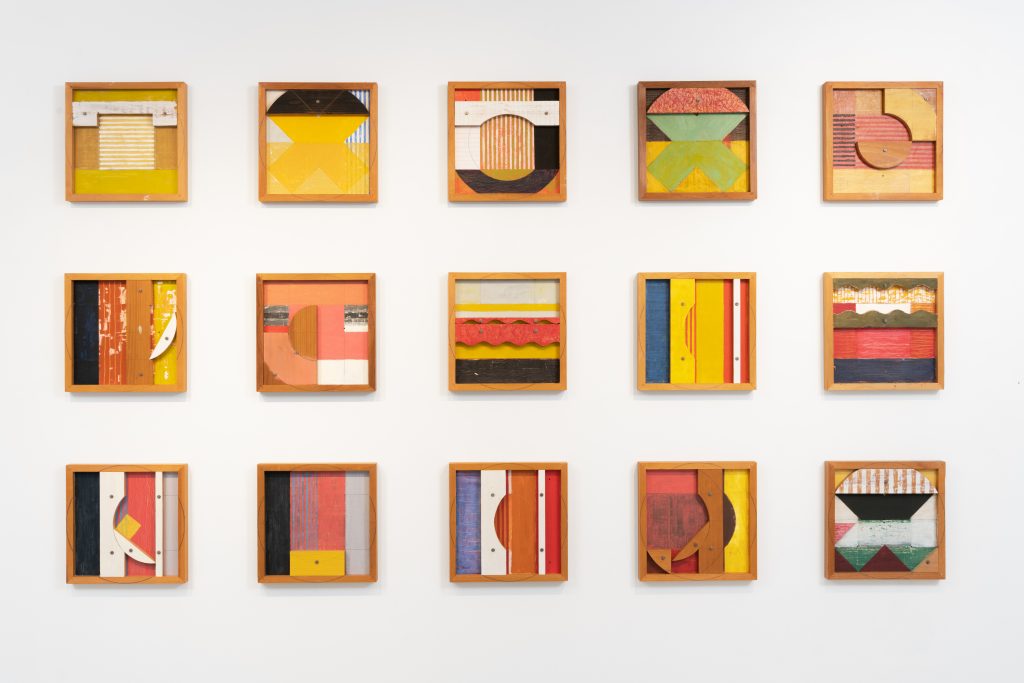 He has dedicated his lengthy career to uncovering ways to move beyond the limitations of that duality-based thinking. The inspiration for this body of work is the Islamic architecture of southern Spain in which strict, rational, logical geometries are coupled with decorative, organic calligraphy and plant forms. In his work, Von Minor unifies concept and experience, as well as geometric and organic. In addition, the artist questions the nature of painting, drawing, and sculpture. Most of his work merges qualities of all these classical approaches: the paintings are sculptural, sculptures are painterly, etc. Von Minor blurs these boundaries to construct a new union of pattern and organic abstraction.

Arthur Jedson Smalley is an artist who is deeply committed to the balancing act of control and chance. In fact, it is an essential part of his creativity. Smalley makes sculptures in wood, using both found and milled lumber, which form organic Möbius strips, and paintings of landscapes using latex house paints dripped from brushes attached to long sticks. The tension between the artist’s hand and the inherent tendencies of the medium tips one way or the other within the course of making the work. It is only in the struggle between artist and material that Smalley is uncomfortable enough to be comfortable with the results. 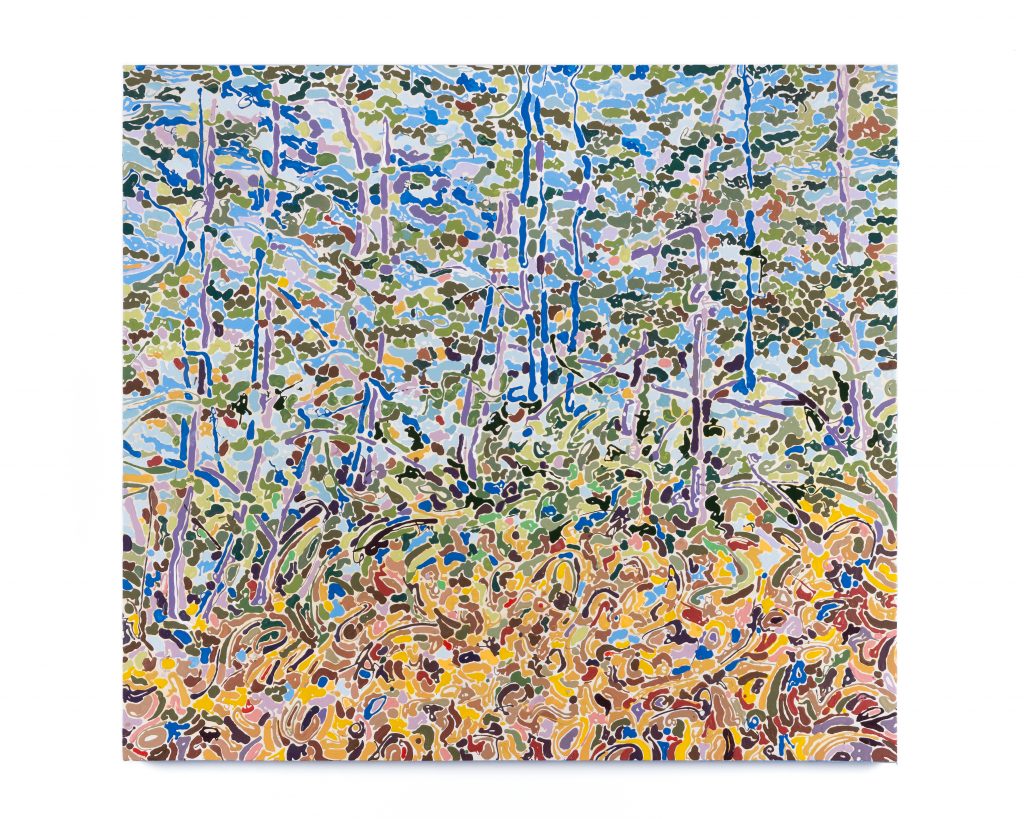 Smalley starts his paintings with a particular landscape in mind, one that he is deeply familiar with and visits often to study its forms and the way light plays across its features (only very rarely does he paint en plein air). Working with the painting surface (he uses artists’ board not canvas) lying on the floor, Smalley drips colors onto the board, all the while trying to control what that daubs or drips do. Because of the length of the tool of application and the viscosity of the paints, Smalley must embrace the pooling of the paint, accepting and counting on any accidents. He says, “paintings are compromises,” and admits that he tries to paint from his subconscious, letting go of any predetermined ideas save for the generalized landscape giving it visual structure.

The Most Common Misconceptions About Art Galleries

When Do I Need a Model Release Form? (Plus a free sample!)